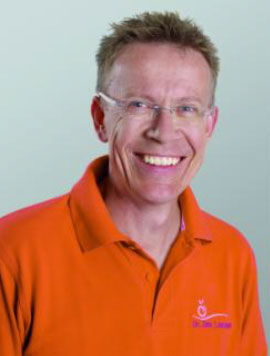 Over the period of May 2011 and June 2012, a total of 27 patients were treated with a new type of diode laser during 157 sessions on 1-3 areas of the body. A number of 17 patients had already undergone up to 11 treatments with other systems for permanent hair removal and were either dissatisfied with the result or the side effects – both of which led to the termination of the therapy. A total of 20 patients were very satisfied or satisfied with the results of the treatment series, among them were 13 patients with prior treatment. For most patients the new laser system provided a successful, reliable, fast and painless method of permanent hair removal with no side effects. The system meets its limits when treating dark skin types and light-coloured hair. 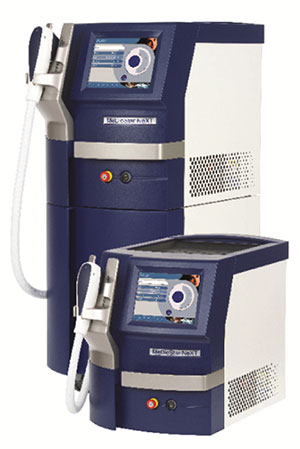 The wide variety of systems and technologies for permanent hair removal available in the market poses a real challenge for consumers. Diode lasers with a wavelength of 810 nm however, have become established as the most effective system available. The system tested during this study is a diode laser with wavelengths of between 800 and 950 nm. Thanks to a maximum fluence of 44 J/cm2, a maximum pulse frequency of 12 Hz and a spot diameter of 14×10 mm, large areas of skin are treated as fast as can be expected of a state-of-the-art system. The MeDioStar NeXT is distinguished by its SmoothPulse, which emanates fluence rates of up to 12 J/cm2 at a frequency of up to 12 Hz. This so-called Multipass technology ensures that the same hairy section is treated several times over several sequences within only a few seconds. The resulting cumulative heating effect leads to the required thermal damage.

The treatments with the technology described above were intended to assess their therapeutic efficiency and to find out whether diode lasers would have an additional therapeutic effect on patients that had been treated and were not satisfied with other methods prior to this study. Moreover, the range of undesired side effects particularly on pre-treated patients was to be assessed in comparison to other technologies. Also, the therapeutic effect of the SmoothPulse function and potential side effects were to be analysed.

Between May 2011 and June 2012, a total of 27 patients aged between 25 and 60 years of skin types II-IV (acc. to Fitzpatrick), 4 of which male, two transgender (male -> female) and 21 female were subjected to a total of 157 treatments on up to three body areas. The number of treatment sessions varied between 1 and 7, which was due to the limited duration of the study and the fact that the equipment was only available for a number of days. Body areas treated included the lower leg, thigh, bikini zone and female genital area, abdomen, mammary papillae, chest, back, arms, armpits and face.
A number of 17 patients, two of which male, 1 transgender and 14 females had already undergone prior treatments involving both IPL systems and diode lasers with or without bipolar radio frequency flow.

The MeDioStar NeXT diode laser manufactured by Asclepion Laser Technologies was operated either in professional mode or in SmoothPulse mode. Frequently both modi were used in combination, a minimum of two sessions was always applied. The fluence was set according to the local reaction up to 15 minutes after treatment of a test spot. The setting focused mainly on the perifollicular oedema and diffuse erythema with or without oedema, which were analysed in combination with the skin type according to Fitzpatrick, the hair colour and the hair shaft thickness.

The patients were asked to assess the treatment efficiency after one, three and six sessions. The questionnaire provided four assessment options (very satisfied, satisfied, not fully satisfied, not satisfied). The same applied to the evaluation of unwanted side effects. The medical assistant or doctor carried out these assessments in parallel. A photo documentation was not possible for all cases, because some patients did not wish to be photographed or there were no follow-up photos made.

During the Multipass approach, the SmoothPulse passed over the same area up to ten times. A total of 9 patients underwent treatment with conventional single and double-pulse methods as well as with the SmoothPulse technique. As expected, all patients experienced the SmoothPulse as clearly more pleasant, as it is virtually painless. The therapeutic efficiency was rated as comparable by patients and users alike.

One salient aspect of the assessment of unwanted side effects was the virtual painlessness, particularly of the Multipass technique. Only one patient had persisting confluent urticaria in the treatment area of chest and back, which was observed for three days and did not have any residues. However, similar side effects also occurred for seven days during previous treatment with ELOS technology.

This monitoring study was intended to assess the therapeutic efficiency and the treatment window of a new diode laser for permanent hair removal. It included patients with various previous treatment experiences as well as previously untreated patients. Special focus was on the application of the not yet established Multipass technique with low fluence to larger areas.

The reliable and permanent effect of a variety of epilation methods is undisputed.

For users and patients, benchmarking these technologies involves the therapeutic efficiency, as represented by the number of required sessions, the speed of the equipment and the duration of the individual sessions as well as the side effects. Moreover, the equipment is expected to be effective for a wide variety of skin types and epilation techniques.

The medical experts themselves will also consider the investment and potential energy and material consumption costs as a critical factor for their decision.

In this study, the Multipass technique was proven as a very effective approach with a comparable response rate to conventional systems, high speed and virtually insignificant side effects, i.e. cursory erythema and short-term perifollicular oedema.

The MeDioStar NeXT diode laser has proven itself as a substantial enhancement of the range of epilation systems for permanent hair removal. 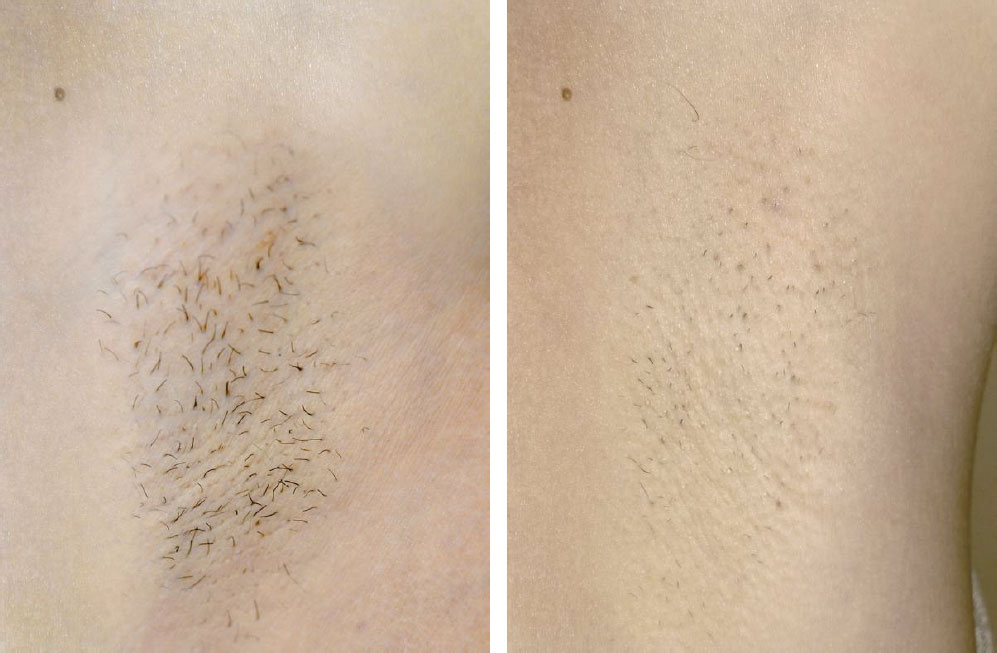